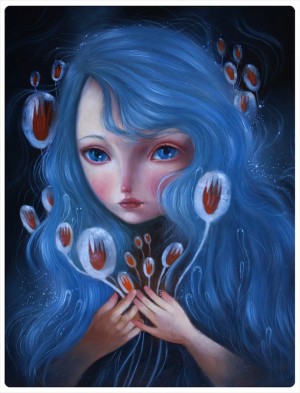 “In my artworks I like to express emotions of that particular moment. I am inspired by life and by music. I love to experiment with my imagination and my paintings, I usually just draw faces, what comes next is something that I don’t plan; my brushes and my hands manipulates everything just like external events manipulate my life. Sometimes you can control it, sometimes you can’t.” - Ania Tomicka

Be the first to review “Artificial Tones” Cancel reply