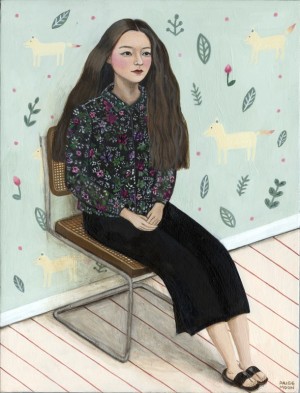 Beginning March 21st, 2015, one of the walls here at Flower Pepper Gallery will be devoted to art that will be strictly Cash and Carry. All of the works will be on 8″ x 6″ x 7/8″ Trekell Artist Panel, and created by a curated selection of artists.

Be the first to review “Yejin Oh” Cancel reply