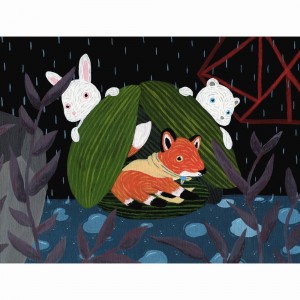 Product added! Browse Wishlist
The product is already in the wishlist! Browse Wishlist
Compare
Categories: Original Art, Painting. Tags: Cash And Carry, For The Love Of Our Pets, Liten Kanin.

Be the first to review “Rainy Day Rescuers” Cancel reply