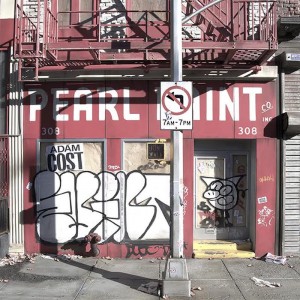 Pearl Paints is a beloved business rooted in the arts community, located on Canal Street in New York City. Some even would say that this store helped SoHo transition from being a worn down industrial neighborhood to the thriving artistic community that became an anchor for the arts in the 1960s and 1970s. After Pearl Paints’ closing, past patrons were very vocal about the void being left in its absence. We can feel this sentimentality within Hage’s piece as it pays tribute to a place that was like a second home to so many artists over the years.

Be the first to review “Pearl Paint” Cancel reply