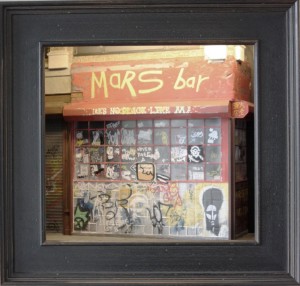 Mars Bar was an East Village Institution. A notorious dive bar, much loved by the locals. No rules – dark, smelly, and grimy.

Candlelight vigils were held when the building was demolished to make way for new apartments.

Be the first to review “Mars Bar” Cancel reply