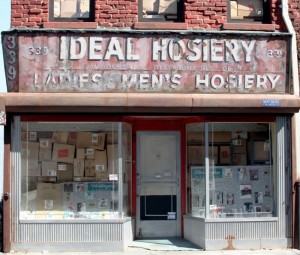 Len Friedman and family have run this shop since 1950. Grand street, on the Lower East Side of Manhattan, was once a thriving hosiery district. Ideal Hosiery is one of the last remaining hosiery shops on this street.

Be the first to review “Ideal Hosiery” Cancel reply