Ghost Of A Flower 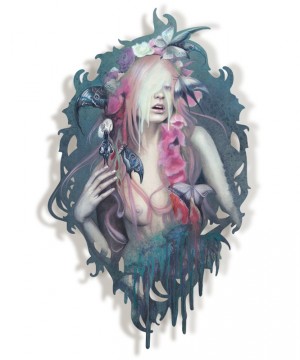 Ghost Of A Flower

Redd Walitzki is an internationally-exhibiting emerging artist focused on figurative Pop-Surrealism. Recent solo exhibitions include Modern Eden in San Francisco and Roq La Rue in Seattle. Her work has been showcased in many galleries including Last Rites in NYC, Auguste Clown in Melbourne, Australia, Ayden Gallery in British Columbia. Redd’s art has also been featured on a variety of media outlets including HiFructose, Juxtapoz and Miroir Magazine.

Redd graduated from Comish College of the Arts with her BFA in 2007 with a concentration in Painting, Video Animation and Printmaking. She can usually be found in her studio painting to BBC Documentaries, playing with her pet opossum, or chasing down the next strange adventure on her scooter.

Be the first to review “Ghost Of A Flower” Cancel reply