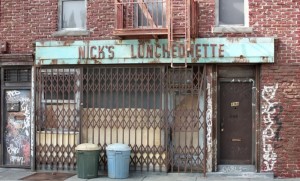 Artist Statement about Nick’s Luncheonette:
“Even though I don’t need anymore photographs of this place, I always make time to go and see how it’s doing. Like visiting an old friend.” - R. Hage

Be the first to review “Nick's Luncheonette” Cancel reply