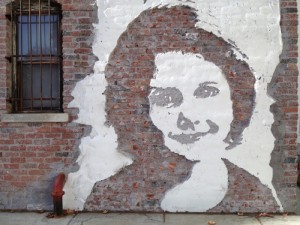 “Alexandre Farto, aka Vhils, is a Portuguese street artist who covers brick walls with mortar, paints the mortar white, and then chips away at the surface layers to create portraits.”
- R. Hage

Be the first to review “Happy Girl” Cancel reply