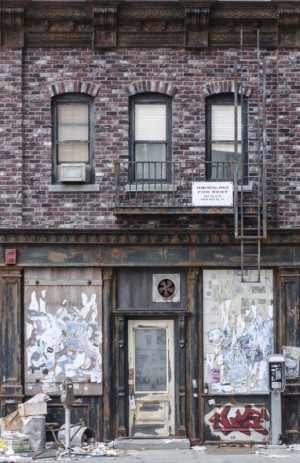 30.75″ x 21″ x 9.5″
1/12th scale sculpture of a SoHo storefront.
An amalgam of architectural elements.
Displayed in box with face frame and museum glass.