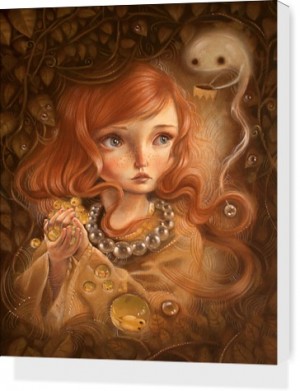 Turn your home into an art gallery with Relief by Ania Tomicka made by Nuvango. The museum-grade canvases are hand stretched over 1.5″ deep poplar wood bars, with the option to have a really sharp looking solid-wood float frame border the piece. Complete with mounting hardware, they arrive ready to hang!

The original piece was sold via our gallery from our show A Tribute To Our Own Fairy Tale from September 7th to October 4th, 2013

Be the first to review “Relief (Stretched Canvas)” Cancel reply