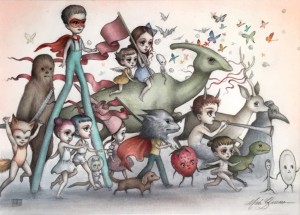 The Parade by Mab Graves

Features: Signed by the artist, custom framed and matted behind non-glare glass

Be the first to review “The Parade” Cancel reply