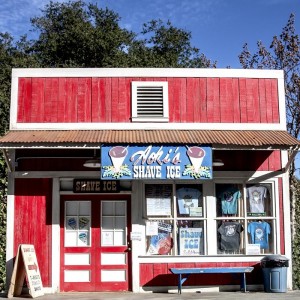 Randy Hage, renown for his miniature sculptures that shed light on the gentrification movement in the metropolitan New York area, Hage’s prime focus has been on the loss of the mom and pop era storefronts that have characterized and held together communities around the western world for generations. Having worked extensively honing his skills in the film production industry, Hage painstakingly memorializes these beloved locations in the form of identical 1/12th scale miniature sculptures.

Hage’s first love has always been to that of the architecturally unique, historically diverse, and character filled city of New York. Yet, throughout his travels the allure and the emotive warmth of mom and pop structures around the world has been cause for much photographic documentation on his part. The hope being that one day, for the sake of generations to come, their silent passing and existence will not be forgotten. On such a venture, Hage, accompanied by his family, stumbled upon and had chance to be romanced by one of Hawaii’s own beloved and historical mom and pop business: Aoki’s Shave Ice. Since 1981, this “Mom and Son” business, dubbed the “little red store,” has captured the hearts of locals and visitors alike with it’s ramshackle charm and jolly exterior.

Due to redevelopment of this historical site, the building that housed Aoki’s Shave Ice, which has stood for nearly a century, was torn down in November of 2013. The closing of its doors this past year coincided with the end of Hage’s most recent solo exhibition, “Fleeting Moments,” which showcased his miniature recreations of New York City’s disappearing mom and pop storefronts. The timing of the loss to the Haleiwa community, alongside Hage’s long held plans to recreate this structure, appeared an opportune and serendipitous platform through which to similarly commemorate and honor the passing of Hawaii’s historical, beloved, and rustic red mom and pop structure.

Visual artist, Randy Hage, has always been fascinated by the character and often overlooked beauty of aging structures. In the late 90s, he began creating miniature sculptures of the unique street level “Mom & Pop” storefronts of New York City. He was drawn to their hand painted signs, layers of architecture, wonderful patinas and intriguing history.

His most recent project is a departure from New York inspired pieces. Haleiwa, Oahu holds a special place in his heart, and he has been photographing the town yearly since 2005. When he heard that the building housing Aoki’s Shave Ice was going to be destroyed, he took the opportunity to honor this 90 year old structure with one of his fine scale sculptures.

Hage’s work not only seeks to preserve a vision of the past, but also to call attention to the loss of established and diverse neighborhoods as urban renewal and gentrification displace the store owners and the area residents who make up the tapestry of these communities. Over the past 14 years, Hage has photographed more than 450 storefronts and in that time, more than 60% of those have closed or have been torn down.

Randy Hage has been creating sets, models, and props for the TV/Film and small scale hobby industries for over 25 years. He is a former instructor at the Fashion Institute of Design and Merchandising in Los Angeles, where he taught set and prop fabrication.

Be the first to review “Aoki's Shave Ice” Cancel reply