The Templeton Twins Have an Idea (Book 1)

Home / Books / The Templeton Twins Have an Idea (Book 1) 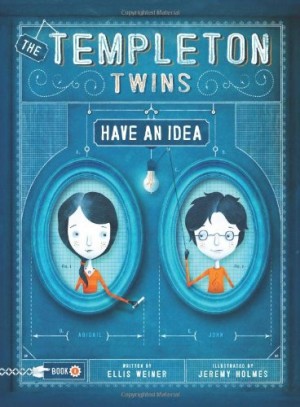 The Templeton Twins Have an Idea (Book 1)

“Suppose there were 12-year-old twins, a boy and girl named (respectively) John and Abigail Templeton. Let’s say John was pragmatic and played the drums and Abigail was theoretical and soled cryptic crosswords. Now suppose their father was brilliant, if sometimes confused, Inventor. And suppoe that another set of twins – adults – named Dean D. Dean and Dan D. Dean kidnapped the Templeton twins and their ridiculous dog in order to get their father to turn over some of his genius (sort of) inventions. Yes, I was kidnapped. Wouldn’t it be fun to read about that? Oh, please. It would so.

Luckily for you, this is just the first in a series perfect for boys and girls who are smart, clever, and funny (just like the twins), and who enjoy reading adventurous stories (who doesn’t?!).”

Editorial Reviews:
“This entertaining series will win over word lovers, mystery and puzzle solvers, fans of gadgets and those who previously had not thought of themselves as readers” – Shelf Awareness, starred review

“This book a) is extraordinarily snarky, b) has glorious illustrations, c) is sure to be a hit, d) all of the above?” – NerdyBookClub.com

“An irresistible start to a planned series” – Common Sense Media