Soy Cuba: Cuban Cinema Posters For After The Revolution 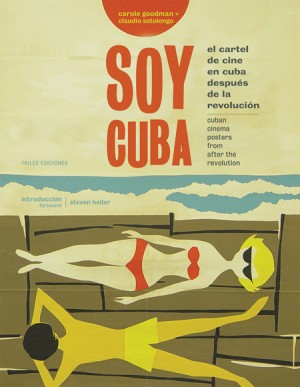 Soy Cuba: Cuban Cinema Posters For After The Revolution

Soy Cuba presents a selection of the finest film posters produced in Cuba from the 1950s until the early 1970s. Famous around the world for their brash originality and bright, clear graphic sensibility, Cuban cinema posters of the Revolutionary era are held in as high esteem as the moodier and more abstract Polish film posters of the same era. Susan Sontag devoted a good part of her noted 1970 essay, “Posters: Advertisement, Art, Political Artifact, Commodity” to the particularly satisfying paradox they present. “The Cubans make posters to advertise culture in a society that seeks not to treat culture as an ensemble of commodities-events and objects designed, whether consciously or not, for commercial exploitation. Then the very project of cultural advertising becomes somewhat paradoxical, if not gratuitous. And indeed, many of these posters do not really fill any practical need. A beautiful poster made for the showing in Havana of, say, a minor movie by Alain Jessura, every performance of which will be sold out anyway (because movies are one of the few entertainments available) is a luxury item, something done in the end for its own sake. More often than not, a poster for ICAIC [Cuban Institute of Cinematographic Arts] by Tony Reboiro or Eduardo Bachs amounts to the creation of a new work of art, supplementary to the film, rather than to a cultural advertisement in the familiar sense.” Collected by designer Carole Goodman in collaboration with the ICAC and other Cuban specialists, this substantial compendium is a visual and intellectual treat.

Be the first to review “Soy Cuba: Cuban Cinema Posters For After The Revolution” Cancel reply