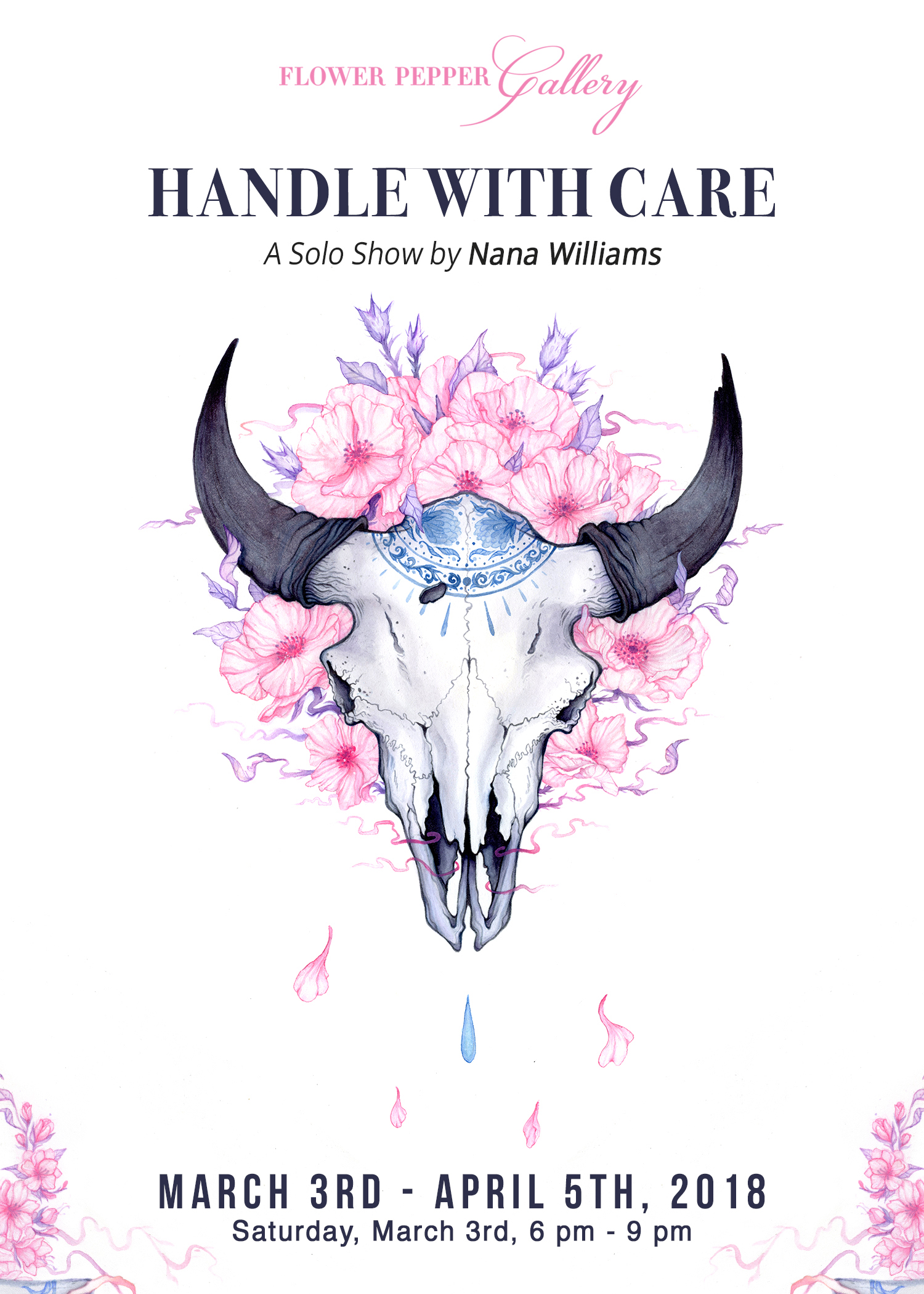 On Saturday, March 3rd, Flower Pepper Gallery is pleased to present, Handle with Care, A Solo Show by Nana Williams. With nature as a great source of inspiration, Nana Williams seeks to highlight some of the planet’s most vulnerable species. "The pieces I’ve created all focus on endangered species with an emphasis on (illegal) wildlife trade and human destruction. I chose some of the most endangered animals in the world to underline the severity of the situation.” However, while many artists choose to portray endangered species, few do so with such care and devotion with artwork that is both immensely powerful and completely fragile at the same time.

“I also have about 10 pieces of various insects which represent specimen collection. All of the insects (plus one arachnid) are endangered because of human influence, and some of them are often found illegally for trade at insect shows and can be sold for thousands of dollars per specimen."

This exhibition is a thoughtful and meticulous effort to draw attention to those whose very existence is in danger and lack the voice to protect themselves. Nana Williams' compelling work acts as a much needed reminder. Even the most unique and formidable of creatures are in immense danger and to save them we must be willing to swiftly intervene and humbly Handle with Care.

For purchase inquiries, or to request a VIP preview link, please email contact@flower-pepper.com